1) ‘Lucifer Over Athens’
«After having been active for 27 years in the metal scene and after playing more than over 1.200 shows in every corner of this planet, we have finally decided to release our first official live album ever! We have worked hard to make this record as rich as possible by including many fan favourites, while paying tribute to all phases of this band at the same time. We will take you back to our demo days and bring you right up to our contemporary creations. This is a live record with a soul. We invite you to a journey into the majestic world of ROTTING CHRIST!»

2) «Athanatoi Este»
The reason that we have chosen ‘Athanatoi Este’ as the first song to represent and give you an idea about our first ever official live album ‘Lucifer Over Athens’ lies in the translation of this song’s title: ‘You Are Immortals’! It is to all our dedicated followers that we give our deepest respect and love, which will be: immortal! 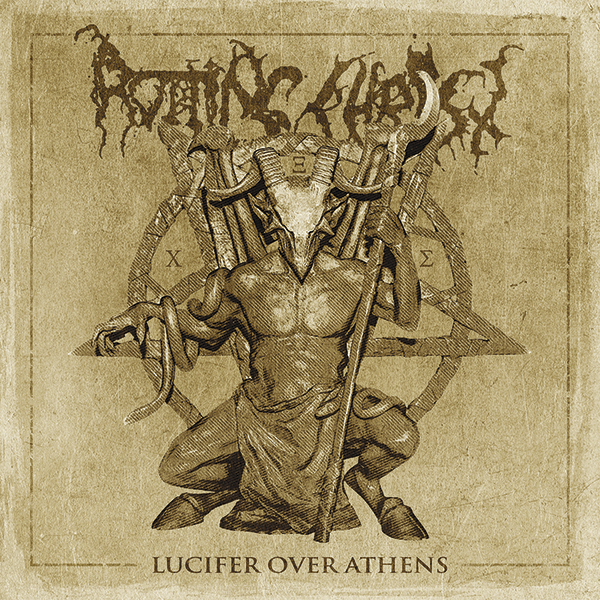