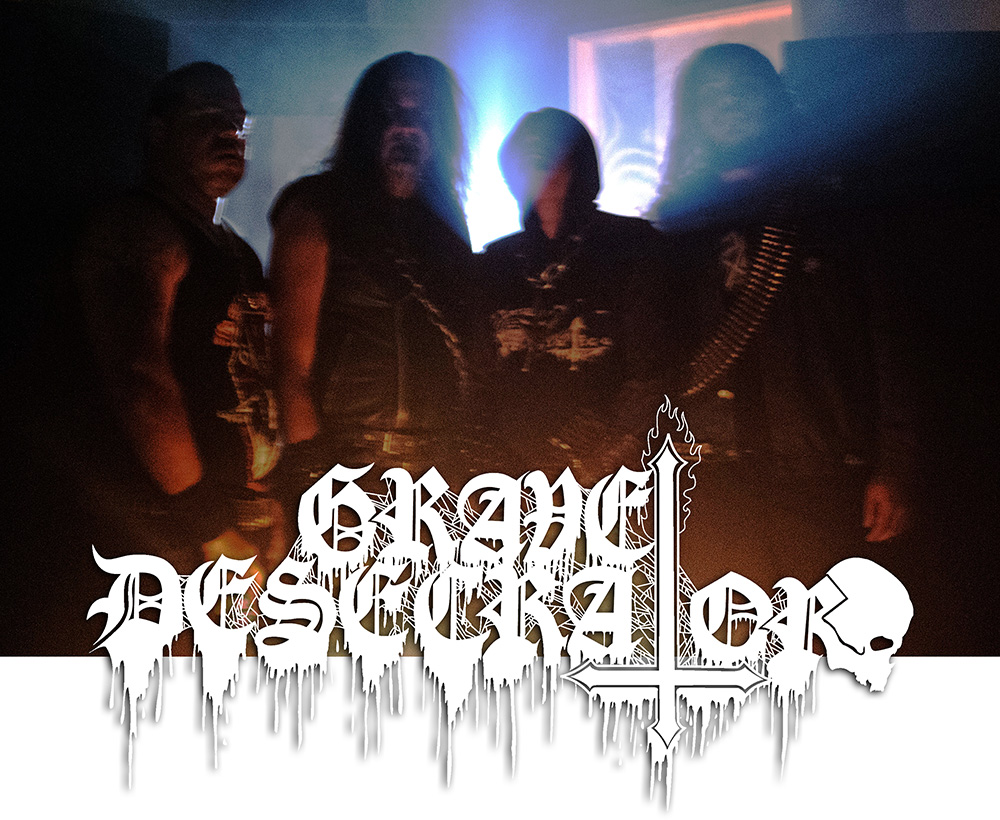 «Our new album Dust to Lust is expressing what Grave Desecrator are about. It is aimed straight at the heart of religion, the misconception of ‘god’, salvation, peace, and all those elements, which provide the breeding ground for corrupted and twisted convictions. Of course, this is nothing new in the realm of black or death metal. Yet as Brazilians, we are nowadays witnessing a period of intense mission and conversion by radical evangelists spreading through our country. We give them a hard fistful of rejection as this is personal and happening right in front of our eyes!»

«There is an intrinsic aura to Temple of Abominations. This song can serve to bind the listener to our essence, cause and components of our sometimes crude and cruel environment. We have written our most subjective album so far, although the intense fight between the mundane and abstract that rules this work is stabbing us in the back. There are no laws or truths! Lies, lust, drugs, Satanism, darkness, vice, spirits, vanity, night, death, love, hate are the ailments regurgitated from this womb of chaos and perdition… For us, this is not just a fancy allegory, but the corrosive acid of reality!»

Coverkunstmer Zbigniew M. Bielak (Mayhem, Ghost m.fl) uttaler følgende: «With all its contrasts, hostility, intolerance, corruption, Brazil has proven to be a time capsule for the mundane times of uniformity and facilitation, which nowadays render the western metal so tame and complacent. That being said, GRAVE DESECRATOR’s story is no different from the ones of SARCÓFAGO, SEPULTURA or even SLAYER in their tough formative ’80s. In rivers of rehearsal sweat and against all odds, album by album, they slowly polished their rough stone into a deadly blade. And now it is time to bleed. It is not easy to pinpoint the spirit of Brazilian extreme metal – it is a fine mixture of tanned sexuality and funerary sacrilege that only few could convey the way SARCÓFAGO or SEXTRASH did. These four derailed rovers of abomination and forbidden fun certainly can! It has been an honour to embark on this journey with them and for once illustrate a flawless 80’s album. I praise the old Brazilian scene and SARCÓFAGO’s ‘Rotting’ cover is among my favourite artworks of all time, so obviously the artwork for ‘Dust to Lust’ pays some homage here and there. The inner artwork is yet another tribute – to HR Giger, whose spirit strongly permeated the aesthetics 80’s metal, and about whose passing I learnt, while staying with the guys in Rio.»